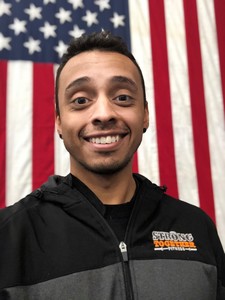 Growing up in Miami, FL, Nivaldo “Nivi” Carbonell was the first generation born in the United States after his family immigrated from Colombia. Coach Carbonell lived with just his mother, Astrid, and his younger brother, Sergio. He grew up around the water and the beach environment, and as a result, swimming became his first sport. Coach Carbonell learned to swim at age 4 and would continue to grow in the sport throughout grade school. He attended North Miami Beach Senior High School and became a varsity swimmer in his freshman year. Coach Carbonell would go on to captain the team in both his junior and senior years. He graduated with honors in 2006, and would go on to attend Florida International University. He would go on to swim for the university for a full season.

Coach Carbonell attended the university for a year before making the decision to enlist into the military, joining the United States Marine Corps in May of 2007. The decision was not easy to make, but there were things about himself he wanted to change. He would go on to serve 10 years as an Intelligence Specialist, traveling the world and becoming the person he is today. During his career, Coach Carbonell would serve a tour in both Afghanistan and Iraq, as well as spending a year on ship with the 31st MEU in Okinawa, Japan. He would visit almost every country in the Pacific region and his crowning achievement is filling up his first passport book completely with stamps from these countries.

At the tail end of 2017, Coach Carbonell made the decision to leave the military after 10 years to pursue is passion for fitness. During his time the military, he kept up his time in the pool consistently, but also moved on to become a multi-sport athlete, taking up soccer and later beginning to participate in CrossFit. After a year of changes into the CrossFit space, he became a CF-L1 trainer and only a year later, went on to become a CF-L2 in 2014. He fell in love with helping making people better and continues to strive to make everyone just a little bit better each day they come see him.

Currently, Coach Carbonell is a full-time trainer at Strong Together Chester and works with the community to improve its overall health. He works with everyone from teenagers to the elderly and everyone in-between. He works daily to improve everyone around him just little bit more each day they enter the gym, whether through fitness, or through nutrition, or mindset. We can all improve daily, and Coach Carbonell works hard to continue to do so for not only himself, but the for community at large. 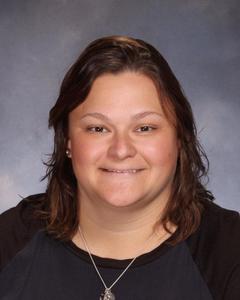 Coach Healy Asst Coach
Coach Healy has been with the district since 2016 as a substitute teacher and long-term leave replacements for both schools’ athletic departments. She is now here at Mendham full-time as a Teacher’s Assistant in the Special Education Department. She has her Bachelor’s Degree in Administration of Justice from Salve Regina University and is in the process of attaining her Master’s Degree in School Counseling from Montclair State University. Coach Healy was a graduate of West Morris Mendham High School where she played goalie for the soccer team all four years and was on the basketball team for one. She competed competitively in college on both the sailing and rugby teams. Coach Healy is excited to begin her coaching career as the new Assistant Coach for both the boys and girls MHS Swim teams this year and is looking forward to an exciting and successful season!
Bio
Coach or Staff photo and profile